The United Nations General Assembly has designated November 25th as the International Day for the Elimination of Violence against Women.

Thus, starting from November 25th and until December 10th – designated as the International Day for Human Rights – events are organized all over the world to ensure that awareness is raised widely about this dramatic social phenomenon.

Domestic violence and abuse are real, and victims are all family members. But studies have shown that it mostly concerns Women. Actually, with the financial crisis, then the lockdown and the mandatory confinement, the trend is sadly negative. Additionally, all abuse events aren’t disclosed since women are often too frightened to seek support, or, just, leave.

How to dare to leave, really? The victims are continuously under fear, isolation and danger; their mind can’t even think clearly. Often, they feel shame, embarrassment and even denial. Unfortunately, the dramatic result is that in some of the non-disclosed violent home environments, there could be, in the end, a life loss occurring.

Imagine the woman of next door, being trapped and silently facing this nightmare. On the other hand, many of us constantly nagging, nagging for what? … Nagging to have to stay at home the whole time … and complaining that we can’t go shopping with our friends or have dinner at the restaurant … And we keep on whining (and struggling) because we can’t lose our extra few kilos or didn’t sleep well or are stressed for no specific reason …

Same time, other women are enduring daily acts of violence in their proper home. They are too weak to defend themselves against the monster, the bully who is sharing their life, and with whom they were once passionately in love; couldn’t it be the reason why they still try to justify him also in a way?

Women too weak out of fear of facing even more traumatic experiences, powerless from shame, abused in their body and their mind.

This silent, hidden, unspoken violence is the worse savagery one can experience. I can’t think of anything more terrible for a woman to endure than this feeling of powerlessness and anxiety of mental incarceration combined with the social stigma that often adds upon the physical and psychological pain arising from violence.

Therefore, today I wanted as simply as possible to contribute to this awakening and express my indignation. I needed to share my need to stand up and shout as loud as I can “NO! IT IS ENOUGH!” … hey there you the “strong” sex .. As simple as this, with insufficient words that will not be able to express the deep sadness I sense when reading or listening to the few, in the end, stories of the kind which are known to the public.

Instead of standing today and the next day to our small and often not very important pains and daily aches and disturbances which are causing us “troubles”, I propose to stand our voice all together “ENOUGH”! Let’s express our anger and support all endeavours and work, which is accomplished locally or internationally to eradicate this nightmare which the daily life of some of us, women.

“Peace is not the absence of war” and “Violence against women and girls is a global human rights challenge and requires immediate action” António Guterres, UN Secretary-General.

The recognition and acknowledgement of this silent war will elevate the voice of our collective consciousness. Aiming the extermination of this phenomenon by using the peaceful weapons that we all of dispose of is in our hands. Let’s just do it. Or, at least, talk openly about it.

The article was originally written by Isabelle Razis and published in Greek on GovaStileto.gr

A guide to sugar – Do

Empty nest – and now what? 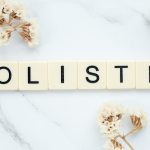 WhatsApp our Team for Details!